In 2009, the Caden sisters realized that modern mums were unaware of the possibility of getting their pre-pregnancy bodies back through the art of postnatal belly binding. Seeing that there were no products currently available to help new mums compress their post pregnancy tummy, the Belly Bandit Range was born. 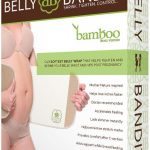 First introduced in the USA, it wasn’t long before mums all around the world wanted to get their hands on a Belly Bandit. The Belly Bandit was designed to be easily worn and adjusted, so as to assist a postpartum mum in shrinking her post birth ‘mummy tummy’. They originally released 3 styles of Belly Bandit – the Original, the Couture, and the Bamboo. These are essentially all exactly the same product, except for having different fabric outers and thus a different feel against the skin.

The Original Belly Bandit is the most basic of the three styles. It has a thick elastic type look and feel to it.

The Couture Belly Bandit is the mid-range wrap, and is simply the Original style, with a cotton printed outer. This makes it softer against the skin and the funky prints give a little interest to the look of the wrap. However, the Couture has perhaps not been as popular a style as expected.

Finally, the Bamboo Belly Bandit is the top of the line model and currently the most consistent seller. Again, having the same core as the Original, but with a luxurious bamboo fabric outer. This makes it lovely against the skin, as well as providing moisture wicking and anti-bacterial properties.

As happens in many industries, it wasn’t long before other companies seeking to capitalize on this growing market essentially copied the Belly Bandit belly wrap design. One such Australian product was the Vespa and the Ladybird belly wrap range (this product is now no longer manufactured). So it was time to innovate, and that they did. 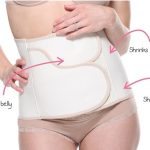 In late 2011/early 2012, the BFF Belly Bandit was released. This wrap sought to fix some of the comfort issues experienced with the traditional style Belly Bandits. Made of beautiful soft environmentally friendly Modal fabric, it is narrower (and therefore good for short torso women), and has a contoured shape, to help better fit the varying body types of mothers. While this is a well designed wrap, it does fall in the premium price range. 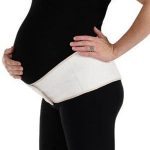 Around the same time of the BFF’s release, Belly Bandit also created the Upsie Belly. A pregnancy support belt made with the same luxury bamboo outer as the Bamboo Belly Bandit, and also consisting of a back pocket in which a pregnant mum can put a warm/cold compress.

Belly Bandit has always created and released quality products to expectant and postpartum mums. There range has continued to expand with products covering most aspects of the pregnancy and recovery journey. It will be exciting to see what new products they will continue to make available in the future.

Dear Customers, we are closed from Tue 25th Jan until Fri 28th Jan. All orders received during this time will be posted on Mon 31st Jan. Happy Australia Day! Dismiss